In February 1999, a group of families met to discuss the possibilities for a reformed church in Elizabethtown, KY.  The pastor of Community Presbyterian Church, Dr. David Dively, in Louisville, KY was present at the meeting and advised the group on church planting methods, ways to proceed, and names of other people in the area that he thought might be interested. 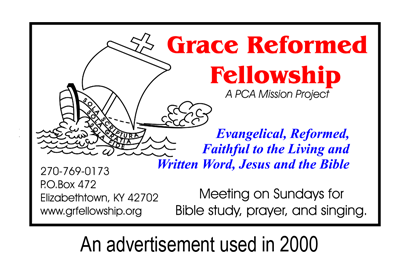 Initially, some in the group began meeting on Sunday evenings for Bible study and fellowship. The group adopted the name Grace Reformed Fellowship and gained endorsement as an informal mission project  of the PCA under the oversight of the Session at Community Presbyterian Church.  This group met weekly for about 2 years.

As the group became more established they began having a worship service once a month in lieu of the normal Sunday evening studies.  The Reverend Vincent Kuo, assistant pastor at Community Presbyterian Church, started conducting monthly services.  As the group continued to grow, conducting weekly services at a local church became a possibility.  The church, House of Prayer Lutheran Church, was willing to accommodate the new church startup in the evening.  Grace Reformed Fellowship became Grace Reformed Church.

The members also began meeting and petitioning with the Great Lakes Presbytery (which later split into 2 presbyteries) to gain recognition as a formal church-plant.  Eventually, this led to an arrangement with Reverend Peter Bartuska, pastor of the Danville Presbyterian Church, to help with the official church plant.  This occurred in the spring of 2001.  Peter came weekly for about 3 months to preach and administer Communion.  Other members of his church sometimes attended with him, including a praise team.  On Monday mornings, Peter met with other local ministers to help establish a presence in the community.  During this time and afterward other preachers helped fill the pulpit on occasion, including Jerry Williams.  At this point there were about 5 families worshipping regularly with occasional visitors (30-40 attending).  GRC met at House of Prayer through the remainder of 2001. 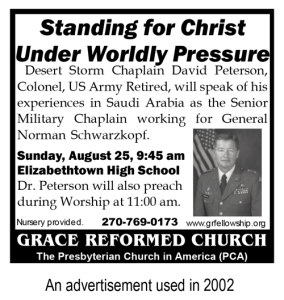 Beginning in January 2002 the church moved to Elizabethtown High School.  Jerry Williams, a licensed but not ordained seminary student was hired to conduct weekly services. Ordained ministers from the presbytery came monthly to administer Communion. The group continued to expand to 10-12 families with many families coming and going as their employment dictated.  Early in 2002 the Church began supporting David and Lynn Atkisson and their mission work in Brazil.  The services started with Sunday School meeting before the worship service.  Fellowship dinners were started and held once a month.    GRC continued to meet at EHS through the summer of 2004, when construction at the school severely impacted the usefulness of the facility.  Providentially, the building on Woodland Drive became available to rent, and GRC moved there in October. 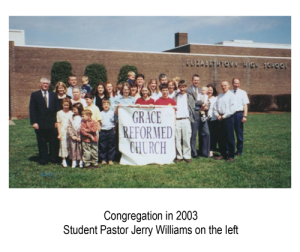 After moving, services and activities continued in the same way, except the Worship Service started meeting before Sunday School.  Men’s and women’s Bible studies met, Saturday VBS-type activities were held, some families moved away and others began attending.  Jerry Williams’ health was declining as well and he was hospitalized several times as doctors diagnosed and tried to get his medication regulated.  Attendance was low during this period so GRC sought the Lord’s direction.  The Lord did intervene, by sending Army Chaplain Bill Manning and his family who together transfused those families with new energy and hope.

In January 2006, Jerry resigned due to a medical condition.  Chaplain Bill Manning, who was serving as a chaplain recruiter without any official ecclesiastical responsibilities, agreed to serve as an interim pastor.  The presbytery accepted the church’s petition to allow Chaplain Manning to assume the title of Senior Pastor since he was outside his home presbytery.  In addition, Doug Hess and Ben Duncan, both Southern Seminary students and both military chaplain candidates, joined Bill in filling the pulpit on a rotating basis.  In July 2006, Doug’s entry into the Air Force was delayed for a year, and a formal call was extended by the congregation to Doug as an Associate Pastor.  He assumed most of the preaching duties and pastoral responsibilities to gain pastoral experience.  Bill Manning still played an active role in guiding and mentoring the church.  Attendance steadily increased as did the church’s presence in the community. 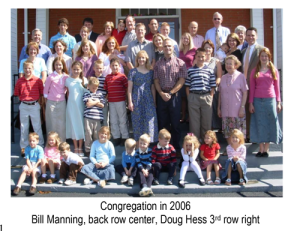 In the fall of 2006, GRC formed a Pastor Search Committee. The committee set to work reviewing and interviewing candidates over the next several months. Doug Hess left for active duty in the Air Force in August 2007.  Again, Bill Manning was filling the pulpit by default, with other men filling in as needed. At about the same time, David Atkisson, the missionary to Brazil with MTW, was on his scheduled furlow and was waiting for the Brazillian government to renew their visas and allow them to return to the mission field.  During this period his mother became ill and he and his wife were in the process of moving back to Elizabethtown to help care for  her.  In the Fall 2007, GRC petitioned the presbytery to establish a cooperative agreement with MTW and allow David Atkisson to accept a call as Interim Pastor at GRC.  He was installed as the interim pastor in January 2008.  The pastor search committee became convinced that David Atkisson was the best candidate to permanently fill the pulpit.

As this action was pursued, a parallel action was also initiated to move GRC from a mission church to a particular church.  Formal training and selection processes were established to identify, nominate, and elect elders and deacons for the church.  On July 27, 2008, the Ohio Valley Presbytery conducted services in Elizabethtown to particularize Grace Reformed Church and install David Atkisson the first Pastor.  Peter Hill, Mike Nelson, and Mike Piscatello were installed as the ruling elders of the church.  Joe Baird, Don Meinshausen, and Jerry Pierce were installed as deacons of the church.

In January 2011 the Session closed out a year long process to establish a proper mission and vision for GRC.  As a part of the new vision and mission, the Session changed the name of the church to Grace Church Elizabethtown.

In January 2016, GCE moved to 234 W. Dixie Avenue due to increased attendance and a need for more classroom space. This facility greatly improved the church’s ability to facilitate its outreach ministry by hosting concerts, serving as registration host for Room In The Inn (a church-based homeless shelter ministry), allowing GCE to participate in downtown Elizabethtown events by distributing water, as well as hosting an annual Music and Drama camp.

In January 2019, David Atkisson became ill and had to step back some from his pastoral responsibilities. In the Spring of 2019, after meeting and praying with the elders, David and the elders jointly made the decision that it was in David’s and GCE’s best interest for David to retire as head pastor of GCE. The church formed a pastor search committee and worked diligently to find the next pastor of God’s own choosing.

In November 2019, GCE purchased and moved to a new building at 1495 Bacon Creek Road on the south side of Elizabethtown. On January 12, 2020, GCE voted to call Monty Hershberger as our new pastor. The Ohio Valley Presbytery sent a delegation to GCE on March 8th, 2020 to install Pastor Hershberger as our pastor. 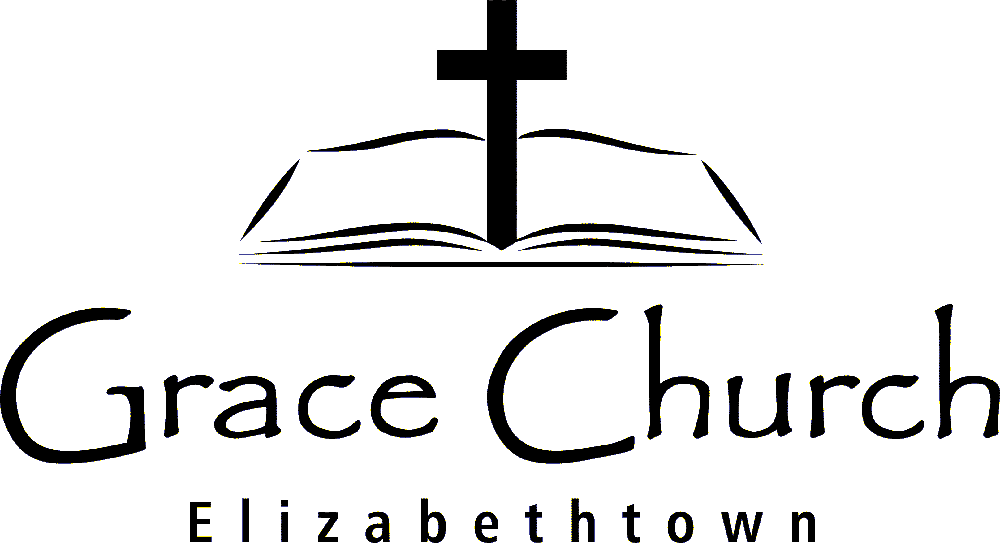 Thank you for your interest in Grace Church Elizabethtown. We are a local congregation of the Ohio Valley Presbytery of the Presbyterian Church in America (PCA) You can find out more about our local family of believers by reading about our ministries and history or listening to a sermon on our website. Please contact us if you have any questions about our church or ministries. We look forward to having you join us in worship and service to our Lord!